No singing please, this is a cinema 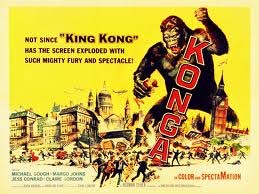 Took the kids to the cinema last week. We went to see One Chance with James Corden, not because we particularly wanted to, but because it was the lowest common denominator; the only film we could all agree to see. Husband and son wanted to see Thor: The Dark World; teenage daughter was lobbying for something cool and groovy aka The Hunger Games: Catching Fire. Nobody really wanted to see One Chance, but nobody could think of any objections to it, so we went. And you know what? It was ok. It’s all about real-life telephone salesman Paul Potts who has a great voice, but the worst luck and who, deep in debt, decides to audition for Britain’s Got Talent on the toss of a coin.

The film was a bit long, it had some cringingly romantic moments that had my son squirming with embarrassment, and the script ducked out of nearly all the areas where it could have been truly poignant. Still, it was funny, it had Mackenzie Crook, Julie Walters, Chief Petty Officer Miles O’Brien – sorry, Star Trek actor Colm Meany, and the above mentioned Mr Corden. Husband immediately warmed to it when Potts gave his girlfriend a torch on their first date. Because after all, any bloke that likes torches must be ok, even though he does keep bursting into that bloody awful opera stuff.

If you ever go to the cinema with my husband by the way, do not go to a musical. And especially do not go to one of those Disney jobs where every note is perfect and every song is instantly forgettable. I am thinking here of the time we took our two elder kids to see The Hunchback of Notre Dame. As soon as Esmerelda started singing, Steve got up and muttered,

‘I’m going out for a cigarette.’

As soon as he returned Esmerelda started singing again, and Steve was once more up on his hind legs, his seat banging like a pistol shot. ‘Christ! Not again,’ he muttered, making gloomily for the door ‘I can’t stand that noise.’ Another five minutes elapsed and he was back.

‘Has she finished wailing?’ he asked in a penetrating whisper.

I nodded, but about five seconds later Esmerelda was at it again, and Steve’s seat was merely a thudding blur in the darkness. He was joined, I have to say, shortly afterwards by our eldest son, who also couldn’t take the wailing. That left just me and our elder daughter who, at seven, loved all things Disney. But after about five minutes she too wanted to jump ship.  ‘Let’s go and look for the others; this is awful.’ Shortly afterwards we were all in another auditorium, happily watching Independence Day.

I suppose, to be practical, if we wanted to see different films we could split up when we got to the cinema and all go to different screens, but that kind of takes away the fun of going as a family, because sitting all in a row in the dark and having a silent struggle over who’s in charge of the chocolate raisins is one of my small pleasures in life. Especially if I end up with the raisins.

Next week, we are going to the cinema again, and this time it’s something we all want to see:   the Doctor Who 50th anniversary film, of course, what else? In 3D, mark you. But I think I ought to warn everybody now, that if Matt Smith and David Tennant decide to indulge in, say, The Flower Duet, Steve will be off.

I started blogging because I'm a writer, and I thought I ought to. Now I realise that I blog because I lwant to; even when I can't think of much to say. I do a lot of work for local businesses - get in touch if you like my style.
View all posts by elainecanham »
« Mothers, pizza and guilt
Embarrassment with a rabbit »

3 thoughts on “No singing please, this is a cinema”