>>
you're reading...
Shop talk (anything and everything on writing) 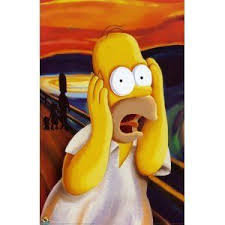 My creative writing classes have started up again, and last week I asked my students to think of a scary experience that they could share. I emphasised that they weren’t to feel they had to unburden their innermost feelings, as this was creative writing, not therapy, but that it would be nice if they could find something to scare the bejesus out of the rest of us.

I ought to say now that these classes are held right at the top of an old Victorian building, in what was probably once a servant’s bedroom, and the window is barred to stop any student who is particularly depressed about their marks from throwing themselves into the library car park three floors below.

So Thursday evening came round, and they all arrived, and I thought it would be quite fun to switch the lights out, while we shared our scary stuff, in a sort of scouts-round-the-bonfire moment, leaving the curtains open so we could see the rain sliding down the windows against the grey, sodium-lit, sky. (Gothic enough for you, ed?)

And so we began. First up was a student who had recently been to the Grand Canyon. ‘We went into this viewing gallery, right on the edge of the canyon,’ he said. ‘And it began to rain. And then the windows began to go completely black.’

‘A thundercloud,’ I said, all teachery and knowledgeable.

‘No,’ he said. ‘It was a great load of enormous spiders trying to shelter from the downpour. They were all climbing up the window, until they covered it, and then they started coming in the door…’

And then as we went round the class, it just got worse, or better, depending on whether you like the icy fingers of doom lacing round your throat. There was the student who keeps sheep, and who had to go out every night in winter to her barn to check on her lambing ewes. And, every night, she had the distinct feeling she was being watched (with the added mystery of the tractor radio always being on, even though her husband had always switched it off). She solved that mystery, although I’m not going to tell you how, (because I’m mean that way) and I’m only just going to mention the student who told of having, as a child, an imaginary fire-starting friend. All extremely creepy stories, and all brilliant as source material for their writing. 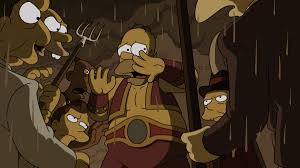 It wasn’t until I switched the lights back on and we all sat blinking in the unaccustomed brightness that I remembered my scariest ever experience. Years ago, my husband and I had driven all the way from the south of France and, instead of resting when we got back to England, decided to press on for home. At 3 am we got on a dual carriageway and seconds later realised that we were driving the wrong way up the fast lane of a (mostly) deserted road. I still feel breathless, and cold all over when I remember seeing the lights of another car coming straight towards us, and the high quaver in my voice as I said my husband’s name – just at the point at which he threw the wheel of the LandRover and did the fastest ever U turn, and came to a shuddering halt on the hard shoulder, the pair of us quaking uncontrollably and vowing never to be so stupid again.

I had asked for scary stuff. I didn’t expect to be scared. And, as I write this, I keep checking the windows for dark, twitching shadows. But its ok, because next week, we’ll be studying Shakespeare – and how scary is that?

I started blogging because I'm a writer, and I thought I ought to. Now I realise that I blog because I lwant to; even when I can't think of much to say. I do a lot of work for local businesses - get in touch if you like my style.
View all posts by elainecanham »
« Blast from the past
When you can’t think of anything to say »