>>
you're reading...
Shop talk (anything and everything on writing)

Using the truth to tell a lie 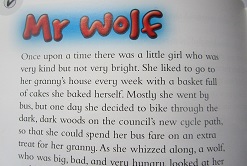 Somewhere, in an alternate universe, there is a small town (very small) containing all the characters I’ve ever invented. One of them, I suspect, is wandering around, moaning, ‘She started me off as a librarian; all I wanted to do was drink cocoa and watch Downton Abbey, and then she made me get drunk and go windsurfing.’

Given that character’s unbelievable behaviour, it’s not really surprising that she is still stuck in literary no man’s land. And she’s definitely not the only one I’ve messed up.

When you invent a character you have to be true to them. You can’t just invent a swashbuckling pirate and then have him, for example, becoming a chartered accountant. It wouldn’t work. Unless, of course, he was a very neat pirate with a penchant for double entry book-keeping.

If your characters are true to themselves, your story will hang together. Otherwise it will lurch from plot point to plot point like a train driver on amphetamines. Truthfulness is an odd sort of concept when you are making up a story, but if you just make your characters do things for the sake of your plot, then you are going to get bored and frustrated, and worse, so is your reader.

The trick I have learned with describing characters is to try to be them; really try to get into their skin. I’m not talking about using senses here (I’ll talk about that some other time), but about absolutely nailing the action. If you can visualise a scene, not just as if you are watching a film, but as if you are actually in it, and question each point as to how it would be in real life, then how you write about it should be bang on.

Let me talk you through it with this example:

The two little pigs leaned against their flimsy front door and waited for Mr Wolf to blow. They could hear him wheezing as he drew breath (so I drew breath there and tried to describe what it sounded like). Then there was silence. (Bit of tension there) The little pigs looked at each other and then ran squealing for the back door. (At first I had them waiting for their end to come. Which was lazy on my part. But then I put myself in their place and immediately wanted to run for the nearest exit). Then Mr Wolf blew. From the shelter of the forest, the little pigs could see that their house was still standing. (Be honest, can anybody really blow a house down? Then don’t shy away from telling the truth) Nobody can blow a house down. Especially not a wolf who smokes 60 cigarettes a day (He’s bad; give him a bad habit). But then, just as the pigs were wondering whether to scamper back inside, Mr Wolf, exhausted from his efforts, and still wheezing, staggered forward and their little house of wood collapsed under him like a stack of Jenga (avoid cliches, try to use something new for any similes).

Pick a well known bedtime story (simply because you will already have a structure to work with) and try the same sort of approach and see what happens. Evaluate each step honestly, and see where it takes you. I guarantee it will be interesting. 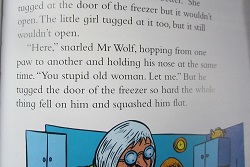 I started blogging because I'm a writer, and I thought I ought to. Now I realise that I blog because I lwant to; even when I can't think of much to say. I do a lot of work for local businesses - get in touch if you like my style.
View all posts by elainecanham »
« Blue soup and dog biscuits
And now for some doggerel »

16 thoughts on “Using the truth to tell a lie”