>>
you're reading...
My words (a random display of my own creative writing) 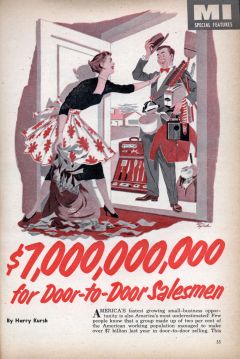 Edward King was 92 when he moved into a care home. He hadn’t wanted to leave his house. ‘I’m perfectly all right,’ he told his daughter.

Edward, a retired builder, had lived alone, ever since his wife Doris had run off 20 years before with an encyclopaedia salesman.

Shortly after Edward’s daughter sold the house, the new owners found the body of a man behind a false wall. Detectives naturally thought it was the encyclopaedia salesman and went to see Edward, but he kept telling them, ‘Stop harassing me. You’ve got the wrong man.’

Detectives soon found out, indeed, that the dead body had never been an encyclopaedia salesman. ‘Told you you had the wrong man,’ said Edward. ‘I put Doris’s lover under the patio.’

pictures courtesy of http://www.dailyfinance.com/ and http://en.wikipedia.org/ via Creative Commons

I started blogging because I'm a writer, and I thought I ought to. Now I realise that I blog because I like to; even when I can't think of much to say.
View all posts by elainecanham »
« All the happiness in the world
100 posts! Ain’t that dandy? »

14 thoughts on “The wrong man”