On Friday I posted a newspaper cutting about a guy who died while at work and none of his colleagues noticed for five days.

This morning I woke up and thought wtf?

The story claimed that a man called George Turklebaum, a proof-reader, had died at his desk on a Monday morning, and it took until Saturday morning before a cleaner tapped him on the shoulder and then maybe wished she hadn’t.

I mean, really, you’d have to be Mr Magoo with a heavy cold not to notice somebody in your office had been dead for a week. So, in the best traditions of investigative journalism, I went to NewYork turned to Mr Google.

Luckily I didn’t have too far to look. Those nice people at Snopes.com who specialise in debunking urban myths, had got there before me. According to them, the story is a complete hoax, first surfacing in America’s Weekly World News which is well respected for its considered take on global events.

The clipping I posted came from the Sunday Mercury in Birmingham, printed on December 17, 2000, (that’s Birmingham as in the home of Noddy Holder, Ozzy Osbourne and Joe Chamberlain, not Birmingham, Alabama), but the story is about a bloke in New York.

The Sunday Mercury claim they got the story from an NY radio station, but, according to Snopes, no newspapers in New York carried the story, and the Medical Examiner’s office knew nothing about the case. And there was nobody on the Social Security Death Index by the name of Turklebaum.

So there you go. Never believe everything you read in newspapers. Unless, of course, you agree with it.

Pictures courtesy of Creative Commons, via:

All pictures via Creative Commons.

Exercise? I hate it 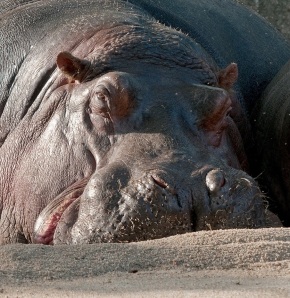 I’ve always been rubbish at sports. If you gave me an egg and spoon at primary school I would drop them; enter me in a race and I would come in last, complaining of a stitch.

And I suppose I would always have been rotten at anything energetic, if it weren’t for the fact that when I was 12 my dad got a job in Jamaica. Everybody is good at sports in Jamaica. Even the cats there can swim. So I swam. Boy did I swim.

But even though I learned how to swim enormous distances, I remained scornful of anyone on dry land using their legs just for the sake of it. I mean, what was the point? Why jog anywhere, when you could catch a bus? Why pay money to walk on a conveyor belt in an airless room when you could just go for a walk? And why walk when you could sit down with a mug of tea, a packet of chocolate digestives and a decent book? 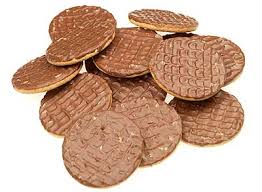 Sport was for earnest individuals who all overdid it and died young. As a journalist I was forever doing stories about squash players and joggers who had multiple heart attacks. Exercise was obviously really, really bad for you. So, naturally, I spent most of the eighties clubbing, drinking and generally behaving outrageously. Years passed, I got married, had kids and then I saw a video of myself at a party. OMFG.

There’s a field next to us with a farm track running through it. One day, while walking the dogs, and just out of interest, you understand, I thought I’d see how far I could run. I got ten steps. Ten! And I was wheezing like I had lung cancer. Maybe I had lung cancer!!! The next day I tried again – 12 steps. Hey hey! The next day I couldn’t be bothered.  And so it went on. I began to run every day. Badly. I didn’t move my arms up and down because I reckoned it wasted energy. So I looked like a flapping zombie. My son found out what I was doing and told me, ‘Mum, nobody runs like that. Seriously. You look weird.’ Tah! 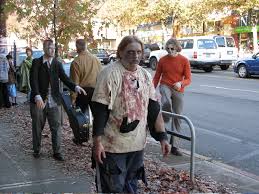 Came the day, my chest on fire, I got to the gate at the bottom of the field and hung on to the bars as if they were a life raft. The dogs, who had raced me all the way, hoping that I was going to do something interesting like throw a ball, sat for a second watching me, and then ran off with no effort at all, while I tottered home.

So then I started going to exercise class. It’s horrible. I have to make lots of physical effort, and my legs hurt, and my arms ache, and there is always a point where I am amazed that I haven’t died. Seriously. I mean, Sue who runs the class makes us run on the spot for at least three minutes to warm up. That’s cruel and unusual punishment, isn’t it?  And then we have to do more stuff. Jumping up and down and stretching and press ups and so forth. For a whole hour. It’s really not natural.

But afterwards, I feel so bloody marvellous the rest of the day is a breeze. I might as well have a bluebird on my shoulder and seven dwarves juggling the crockery in the kitchen. In fact, it makes me feel so good, I’ve started boxercise too. A few weeks ago, Sue looked at me thoughtfully and said, ‘You could do a 10k run, you know.’

Note to self: Do not write ideas for blog posts on back of manky old envelope.