Be afraid, be very afraid… 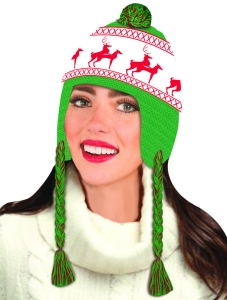 So you’ve spent weeks planning what to buy people, you’ve braved the crowds and trawled the internet until your eyes bleed and your credit card crumbles. And then you wake up on Christmas morning and discover that your nearest and dearest have had mass hypnosis, or frontal lobotomies (or one too many sherries), and have decided that you really needed a dressing gown that you can wear while appearing on Only Fools and Horses: 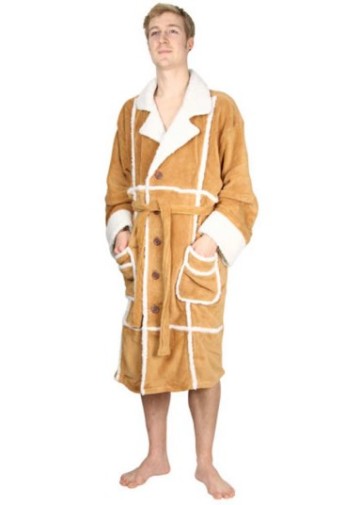 Or, possibly a pair of socks (pretend you’re a Brit on holiday!) : 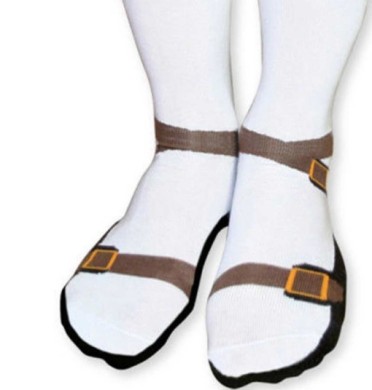 Gloves that look like underpants? Yes, handerpants are just for you! (Slip them on and pretend you’re having that perfect apres ski moment with the Beckhams): 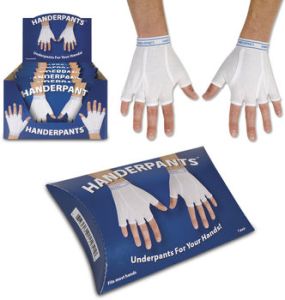 They might even have got you a farting teddy bear (he just can’t help himself…you are in for a surprise!) 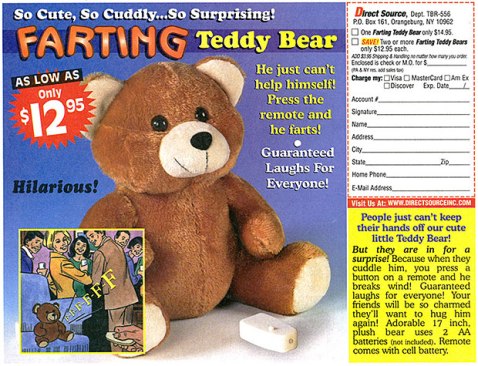 And look at this nice wallet. Mmm. Tasty. (You’ll bring home the bacon in this, fnar, fnar) 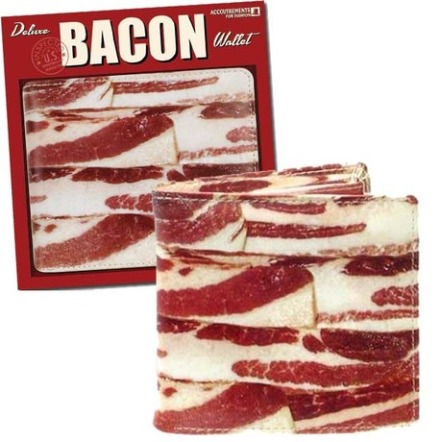 But, (and be afraid here, be very afraid) all this is as nothing when I tell you that my husband, who is a practical kind of guy, was once stuck for what to give his brother as a Christmas present.

‘I know exactly the thing,’ his dad said. ‘He needs a manhole cover.’ 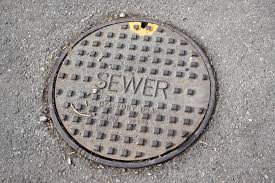 What was I saying?

I was thinking the other day about…well, I can’t remember what about, and that’s half the problem. My brain has gone mushy.

I’m doing all those things they talk about in Readers Digest. (At least, I think it was that. For all I know it could have been Miniature Donkey Talk, or OMFG: Official Meeting Facilities Guide). I go into rooms and can’t remember why I’m there. 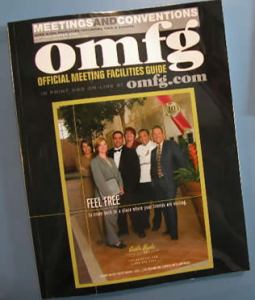 I start sentences and get stuck at the most tantalising moment. ‘Yes, but that’s nothing,’ I will confide to a friend. ‘I remember a time when I took all my clothes off in a train and….’ Friend looks at me eagerly.

And then I look at her rather doubtfully because at the same time as I am talking something really mundane enters my head, like the fact that the woman at the entrance to TK Maxx is pleading with her seven year old son, ‘Look, Ryan, I’ve gotta have a roll up, right? One roll up, and then we’ll do the escalator. We will Do The Escalator. Right?’

And whatever I was talking about has vanished into the Christmas mist.

Still, my mind is as a steel trap compared with the rest of my family when it comes to remembering stuff. In the 1950s my mum and dad lived in Malaya, as it was called then, and when they wanted to come home they had to fly in a succession of Dakotas. Which was fine, until my mother left my brother, then a baby, at Milan airport. Apparently, they were all ready to taxi off when this Italian judge came running out, shouting, ‘Signora, signora…I think you have left something!’

Even then my mother just smiled at him. ‘No, really, ‘ she said comfortingly. ‘I’ve got my handbag. And my passport. What else could I possibly need?’ 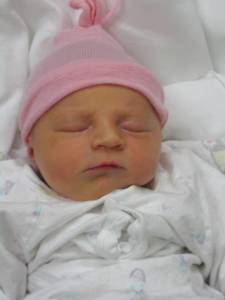 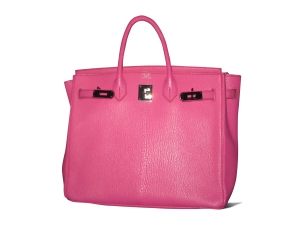 But it was only when I met my husband that I began to realise that forgetfulness can be specific. Steve, when he wants to put something down, generally puts it up; his favourite places are, the top of the fridge, the top of the wardrobe, or above a door. He lost a drill for three years and then discovered it on the top of the window shutters. (Don’t ask). On holiday one time in Chamonix, in the French Alps, we had a lovely picnic in a summer meadow and then drove off. Only for him to realise he’d left his Swiss Army knife on the roof. Which, when he stopped was, strangely, no longer there. Optimist that he is, we went back and searched for it. And, get this, we found it. In the middle of a bloody Alpine meadow. 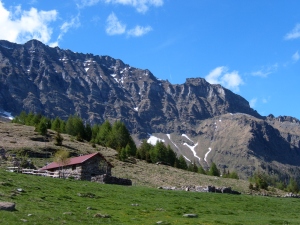 We weren’t so lucky a few days later when he left his sandals on the roof of the car in the middle of Cannes and drove away. They sailed off into the blue, God knows where. We never found them. He had to go to a supermarket in bare feet to get a new pair. Which, even for the French, was a Bit Bohemian. 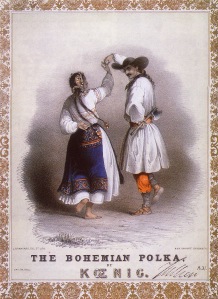 A few years later I drove off with the kids in the back of the car only to hear a vague crash as I neared the post office. Eldest son said conversationally to eldest daughter, ‘I knew she wouldn’t see that dinner plate on the roof.’

And then…I’m not actually sure I should be telling you this, but, we went to Ikea and husband bought a wardrobe door in the bargain basement. He thought it would Come In Useful. It was an enormous thing; far too big to get in the car. So he tied it to the roof. And, determined that it wasn’t going to fly off, he tied it on very tightly. Too tightly. Because at 60mph it reached maximum waggle (I’m sure that’s the correct physical term) and yes, you guessed correctly, it flew off on a major A road Somewhere in England. All we heard was a giant Craaaaack! And then a bang as it hit the road. Neither of us wanted to look round in case there was a mortally wounded motor cyclist lying behind us, struggling feebly under some bloodstained particle board. You can imagine our relief, therefore, when we did look and there was nothing in the road but a trail of splintered wood. Gosh, how good we felt. We picked up the pieces and found that they now fitted quite nicely in the car, and drove away, quickly.

So there you have it. What was I talking about?

Images via Creative Commons, courtesy of:

It’s not what you think… 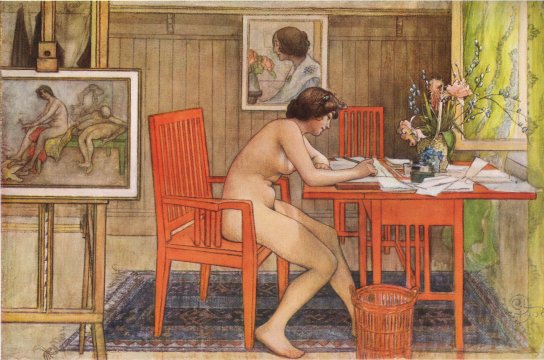 What ho chaps! What ho, what ho, what ho! I have a day off, and I ought to be bent dutifully over my Christmas card list. But no! A pox on it! I shall write them in the traditional manner late on Christmas Eve, so that my nearest and dearest have something to look forward to in the New Year.

At the risk of sounding like Abbott and Costello, what is an interesting word.

You can say hello with it as in ‘Wotcha!’ which I have just discovered dates back hundreds of years According to the Urban Dictionary, ‘wotcha’ is a contraction of: ‘What chere/cheer be with you?’, which was a common greeting . Chere/cheer meant ‘face’ and thus referred to a person’s expression of their mood.

‘What’ is used a lot in greetings. What’s up? What ho? What news upon the Rialto? (The last comes from a Shakespearean inquiry about two for one cinema nights)

Then there’s the tired teenager’s method of dealing with parental rage:

Parent: I am not a taxi driver, this is not a hotel, that bedroom is a health hazard…

(For Essex teenagers, this is contracted to whatevs.)

Then there is, What what? An archaic, upper class, expression used to prompt an agreement. As in, ‘Awfully chilly tonight, what what? Is it always like this at the North Pole?’

(What what is easily interchangeable with the expression, donchernow)

You can express dismay and amazement with the term, Do what? As in,

Person a: Your mother has run off with the gas man and Arsenal lost at home to Redditch United.

Person b: Do what?

What seems to have been in existence before 900. And its great granny and grandad was the Old English hwaet, and Old Norse hvat. 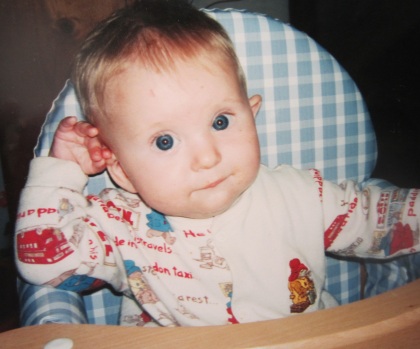 Exactly 18 years ago today, I punched my husband. I was past speaking, but I hit him hard enough so that he fell half under the bed, with a muffled ‘Ow!’ At this point the midwife, who was a cross between a sergeant major and girls’ school hockey captain, told us both to behave and that she would not tolerate fighting on her labour ward. Quite what she was going to do if we continued, I don’t know, considering I was in the last gasping stages of giving birth.

Steve, in his defence, had been told to make himself useful by dabbing my lips with some damp cotton wool on the end of a stick. Being a technically minded kind of guy he set out carefully to poke every square micron of my mouth. I’m sure I told him to stop. He’s sure I didn’t. Whatever. The pethidine was wearing off and I was in no mood for being shakily dabbed at.

Shortly after that, everything changed entirely because Rose was born. We had waited so long for a baby that, even when she arrived, I couldn’t believe it. I remember looking at her and saying wonderingly, ‘It’s a baby.’ Honest to God, if she had been a puppy I would have been less surprised.

And now, as I say, it’s 18 years on and Rose is officially grown up. We’ve watched her grow from an intensely absorbed, imaginative little girl to a beautiful, generous and kind young woman. I know you don’t really like me mentioning you on my blog, Rose, but happy birthday, and thank you for being you. 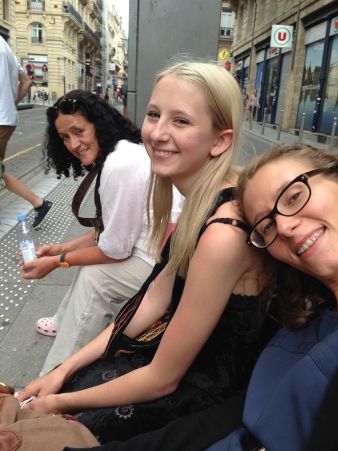 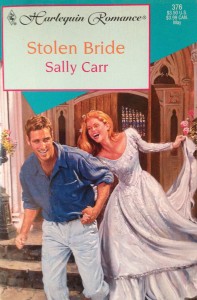 It’s amazing how writing a romantic novel interferes with blogging. I got into NaNoWriMo properly about three days before it finished and now the only thing I’ve got on my mind is what to do about the fact that my hero has completely ignored my plan and gone off piste. Ignored it, I tell you. The ungrateful bugger. You create these characters, give ’em charm and fabulous looks and this is how they thank you. Mind you, he has a point. I had made him a bit underhand about the heroine’s inheritance, and you can’t have a chap doing that. However much of maverick he is.

They can do everything else, though. They can kidnap a girl, impugn her honour, assume she means ‘yes’ when she says, ‘no’ (but only if he loves her really), and seemingly cheat on her left, right and centre (but only if, at the end, the girl he was seeing so much of turns out to be his long lost sister, or the impoverished widow of his best friend). But money? Only a cad would do a girl out of her inheritance. Odd, where all these unwritten rules come from.

I’ll just have to make him misunderstood, instead. Bloody romantic novels. Bloody writing. Does your head in.