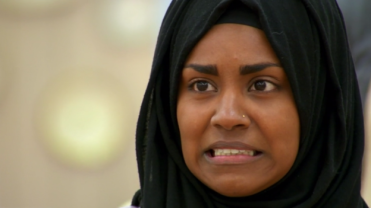 I love the fact that there is only one story that has made it to the front page of nearly every British newspaper today; the news that Nadiya Hussain has been crowned winner of the Great British Bake Off.

Every single newspaper except the Times and the Daily Mail put Nadiya on their front pages. The uppercrust Daily Telegraph featured a recipe on how to make millefeuille.  The Daily Mail has one for three-layer banana cake. The Daily Star, which often features naked buns, has one for perfect cupcakes.

An estimated 15 million people tuned in to the final programme last night. And you can’t move on Twitter for tearful tweets about her success. Even judge Mary Berry walked off camera rather than let her stiff upper lip quiver in public.

Nadiya’s win was on News at Ten and she was interviewed on Radio 4’s Today programme (which is more weighty than a 10-tier wedding cake), plus numerous other radio phone-ins. I suspect her show-stopping lemon drizzle cake has got more column inches than David Cameron’s key note speech to the Conservative party conference.

It must seem odd to people outside Britain that we go so mad over a baking competition. But I think it is rather wonderful. Muslims get plenty of appalling press these days. Many of the above newspapers are happy to slag off the ‘swarms’ of Syrian refugees wearily arriving in Europe, and even question a woman’s right to wear the hijab.

There were mutterings at the beginning of the contest that Nadiya’s being on the programme smacked of tokenism and political correctness. They soon stilled. It seems there’s nothing like a gravity defying cheescake to silence racism.

She’s been hailed as an inspiration to British muslims. Dr Omer El-Hamdoon, president of the Muslim Association of Britain, said she “demonstrated the inclusivity of British Muslims in society.”

Nadiya said in one interview at the beginning of the series, “Originally, I was a bit nervous that people would look at me, a Muslim in a headscarf, and wonder if I could bake. But I hope that week by week people have realised that I can bake – and just because I’m not a stereotypical British person, it doesn’t mean that I am not into bunting, cake and tea.”

She began the competition with no confidence and got last place in the technical challenge on week one. But my god, she is a trier. She was cheerful, nervous, funny and determined. Maybe it’s odd that iced buns should cause such a fuss, or that she should cry over madeira cake. Or that half of the country should be yelling at the telly, when she made a bad decision to junk her vol au vents and make some new ones with the clock against her.