Don’t let the terrorists split us up 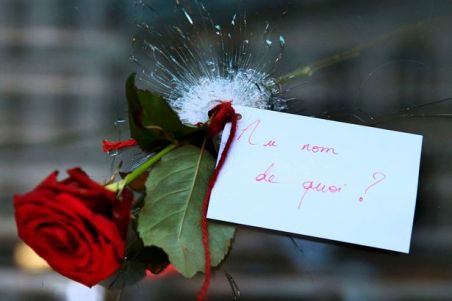 I am utterly and totally fed up of the casual racist comments I see every day in my Facebook news feed about muslims. What is it with everyone? What has happened to our common sense and our compassion?

What happened in Paris on Friday was awful. And yet what do we do? We turn on muslims. Has anybody stopped to think that, for the average Syrian, every night is Friday night in Paris? Has everybody forgotten the picture of the toddler washed up on that beach in Greece? Aylan Kurdi was a muslim.

The attack on Paris could have been so much, much worse. The suicide bomber outside the Stade de France was stopped from entering by a security guard, even though he had a valid ticket. The guard’s name was Zouheir. Eighty thousand people were in that stadium. The man who saved them was a muslim.

So many seemingly nice people seem to take comfort from sharing these ridiculous memes calling for women to stop wearing the burqa, and branding refugees, ‘sponging migrants’. How will banning the burqa stop terrorism? The men who carried out the atrocities in Paris didn’t wear burqas. The IRA killed 3,700 people during The Troubles. I don’t recall any of them wearing a burqa. In all the 30 years of attacks on the British mainland and in Ireland nobody blamed the Catholic Church. We didn’t think of the members of the IRA as primarily Catholic. We thought of them as terrorists. The killers in Paris are not muslims. They are terrorists.

And how can we, for the love of God, call people who are fleeing Syria sponging migrants? Spongers do not choose to live in plastic shacks on waste ground in Calais, or wade through mud in Croatia for a slice of bread and a bottle of water. Spongers are MPs who have fiddled their expenses. Spongers are big companies like Starbucks which benefit from our trade and avoid paying tax.

We look back on World War Two with pride when we think of how our country took in Jewish refugees and children on the Kinder Transport. What pride do we have now in the way we treat Syrian refugees? They may be muslims, but we are all human. Don’t let the terrorists split us up.

Here’s to you, dad 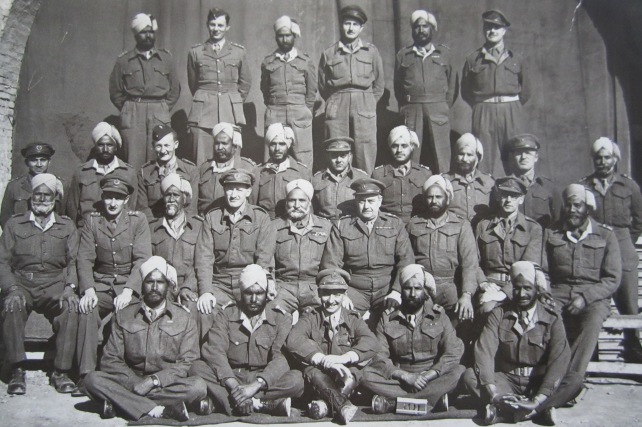 Today is Armistice Day. It marks the 11th hour of the 11th day of the 11th month in 1918 when the guns finally fell silent on the Western Front.

I was going to put up a picture of my grandfather who spent four years driving trucks of supplies to the trenches in World War One.

But instead I am going to put up a picture of my father and the men he fought with in World War Two.

The No1 Sikh Engineer Battalion served in Iran, Syria, Lebanon, Palestine and Egypt before being sent to Italy in 1943 to serve with the specialist troops of the British Eighth Army.

It is very hard to find out anything about the Sikhs who served in Italy. They don’t seem to get the attention they deserve. But, according to The Sikh Nugget 5,782 Indian soldiers died in the fighting there. Six out of the 20 Victoria Crosses awarded in that campaign were given to Indian soldiers.

My dad and the soldiers he served with were engineers. The only thing he would ever say about his experience in Italy was that he spent the entire campaign blowing up bridges and then building them again.

So, here’s to you, dad. Capt. David Scott, No 1 Sikh Engineer Battalion. And here are the names of the men you were with, that you so carefully wrote on the back of the picture.