And now for some doggerel

I wanted to write a haiku,

About life and love and you;

But haiku are intense,

So I wrote this instead, will it do?

Haiku are all very well, but what about the humble limerick? In the hands of an expert, haiku can be hauntingly lovely, but they tend to be so gloomy. And earnest. Which I suppose is a bit rich from somebody who last week posted a very gloomy and earnest poem. So, to celebrate the last day of NaPoWriMo, let’s have a bit of fun.

Limericks are such an easy form a child can write them, and because of this are often dismissed as doggerel, but they can also be very clever. What about:

There was a young lady named Bright

who travelled much faster than light.

She set out one day

in a relative way,

and came back the previous night.

There was a young lady of Niger

who smiled as she rode on a tiger;

They returned from the ride

with the lady inside,

and the smile on the face of the tiger.

Then of course, there are the smutty ones (close your eyes now):

There was a young man from Savannah

Who died in a curious manner:

He whittled a hole

In a telephone pole

And electrified his banana.

As Titian was mixing rose madder,

His model posed nude up a ladder,

So he nipped up the ladder and had her.

Edward Lear is the man who is most associated with the limerick, according to The Best Limericks of All Time A Brief History of the Limerick  compiled and edited by Michael R. Burch. But he didn’t invent the form, he just found it in some old books. In fact even Shakespeare wrote limericks (as drinking songs in The Tempest, and Othello).

American author Ogden Nash was pretty nifty with a limerick:

A flea and a fly in a flue

Were imprisoned, so what could they do?

So they flew through a flaw in the flue.

When a bomb goes off 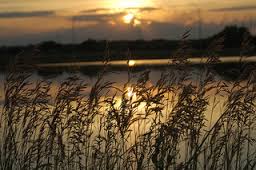 This is my solitary contribution to National Poetry Writing Month. I have no idea where it came from, apart from the end of my pen:

The feathered shadows of the grass now lie

Against the moon. Its light is falling on

The shivering lake. And soon I shiver too.

I can’t escape the flat and sober calm

As I run, stumbling, screaming to the stars,

My hand upon my growing, beating belly.

I fall face down upon the sucking mud

And dig my fingers in the slime.

I hold on now as bodies in the streets

Let go of life, and sirens scream among

The bloody shops. I am that empty shoe;

That piece of skirt; that constant lonely phone.

And you were constant once. ‘I like a bit

Of peace,’ you said, and gently touched my hands.

It takes a gentle touch to wire a bomb

And tell it to obey. I know that now.

I loved you then. You made me laugh that day

Beside the lake when I forgot the cups.

You knelt by me and cupped your hands instead.

You stroked my chin, you smiled; my face was wet.

I broke the silent years and stumbled out

My secret hopes to you. But you were blank

And deep inside I knew you would not stay.

Deep in that dark and silent space, the place

I call my soul, I knew what you were doing.

I knew, and kept my knowledge locked.

I knew and did not know. I can’t explain.

I don’t know why I never spoke, except

That night we spent in silence by the fire,

Flames on your glowing skin; our whispering clothes.

Your eyes met mine and then they slid away;

You touched my lips. How silent could I be?

And then last night in bed you sat up stark

And quivered at the quiet note that came

From someone else’s lips. You slipped into

Your clothes and coat and out into the dark.

You made a bomb and planted it – for what?

It took the earth apart. I saw it on TV.

You made a bomb and planted it in me.