Okay, so now I get the point 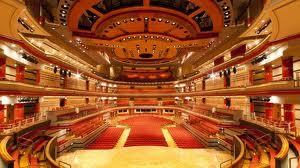 I went to my degree ceremony on Saturday. I thought it was going to be a rather pointless exercise. After all, hadn’t they already sent me my certificate? What was I going to get, some kind of plastic tube with a ribbon on it? And I had to dress up for this? And pay?

Still, my friends insisted. Three of them each told me they’d never bothered going to their ceremony, and they’d always regretted it. ‘You will too, you know,’ said one darkly. ‘If you don’t go.’

So I went. I took my husband, my kids, my mother, one of my oldest friends and her son. Or rather, they took me. I didn’t have to do anything apart from get up and get dressed, and inwardly be resigned to the fact that I was going to get there (late probably), find I’d been missed off the list, my kids would be bored senseless, my mother would fall down the escalators, and it would all be A Complete Waste Of Time.

Okay. So I did get up at the crack of dawn. But I didn’t have to fight anybody for the bathroom. I had plenty of time for breakfast, and the first pair of tights I fished out of my drawer had no holes in them. We got there with time to spare (and this was Birmingham Symphony Hall, mind you, via the M6 with road works on the Aston Expressway). We found a car park (with spaces), we didn’t lose anybody, and when I went off to get my kit, there was a gown with my name on it.

My family, meanwhile, were tucking into the full English (which apparently was excellent) and none of them, at any point, suggested it might be a good idea to go shopping instead. 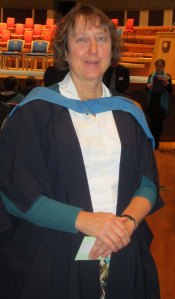 Symphony Hall is a pretty amazing place. Enormous and modern and shining chrome and varnished wood, and on this day it was seething with a mass of graduates in blue gowns just like me. All looking inexpressably nervous just like me. And when I looked up into the upper circles where all the guests were seated, there were all the people I love, waving and whistling at me.

So the ceremony started, and the speeches were just what you’d expect, I suppose, except that this ceremony was for Open University graduates, and when the pro chancellor Musa Mihsein talked about juggling family and work commitments with study, we all knew exactly what he meant. It had taken me five years to get to this seat; five years of writing essays with three or four books perched on my lap, while my husband fed the kids and my friend took them to activities. I wasn’t the only onel; the women on either side of me had done just the same. We weren’t all young twenty somethings either. People of all ages study with the OU, people with every single kind of background that you could possibly imagine. We were nearly all middle-aged, and all of us, I realised, were quietly and sturdily proud of ourselves. So when the pro chancellor asked us to stand up and thank our families, not one person hesitated. We all got up, turned round and clapped and waved. And they waved back. And we all cried; even the bloke in the tweed suit across the aisle from me wiped his eyes, and he looked, as if normally, he would rather be found dead than cry in public.

I suppose I ought to say, that when the usher came to get my row she didn’t put a hand out to me and say, ‘No, I’m afraid you’re not on the list.’ Everybody cheered and clapped as I crossed the stage to a beaming Musa, who shook my hand as if I was the most amazing person in the room, and gave me a little card of congratulations. And then, after everybody else had gone up, and we were all clapped out (literally), it was all over. That was it. All that dressing up just to get a handshake and some applause. Was it worth it? I’ll say. 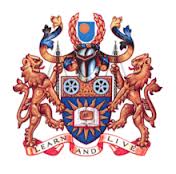 I started blogging because I'm a writer, and I thought I ought to. Now I realise that I blog because I lwant to; even when I can't think of much to say. I do a lot of work for local businesses - get in touch if you like my style.
View all posts by elainecanham »
« Embarrassment with a rabbit
Happy Christmas, what’s your name? »